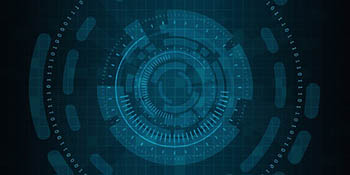 When I talk to you about yoga, I need to remember I am talking to humans of the 21st century. I can take one of two approaches. I can either think that the great metaphysical concepts and the precious yoga techniques are beyond time and still apply to you, whatever your physical and intellectual evolution as contemporary human beings may be. Or, I can take notice of the visible changes already operating in you and re-examine your current understanding and use of this millennial science.

The yoga of two thousand years before Christ was intended for already evolved humans who had made it through several hundred thousand years and wanted to transcend their physical and mental limitations in order to "deify" their status. This was and still is the high goal of yoga. While pursuing that goal, they understood the highest force of nature and its latent power by pushing back some limits at the consciousness and physical levels. Long before the scientific and technological revolutions, they attempted this adventure with the living tools they had at their disposal–tools we still possess but which are about to be changed. Today, most people don’t tap into these tools or use them fully: concentration power, visualization power, mastery of physical and mental mechanisms, psychic powers, transcending process. These exceptional capacities of a small number of yoga searchers are a dormant potential among most people today.

The large groups of mankind have evolved differently.

Today, man has set for himself the divine purpose of scientific vision and has developed advanced technologies serving as mental or physical extensions. Bionic prostheses in medicine, robotic assistance and artificial intelligence, visualization and teleportation with a 3D virtual reality headset, traveling with spaceships, seeing the infinitely big or the infinitely small using telescopes or microscopes... Man has managed to create technological tools that are extensions of his own organic tools, the subtle use of our own tools being in the end more out of reach.

Here, we can start to see the specific role yoga can play. In this world where we are already ruled by infotechnology and biotechnology, yoga gives us the opportunity to preserve and develop our organic tools while there is still time. People care more about their health and length of life than about the quality of their consciousness today. Big data companies and industrial manufacturers, with their technologies, do not care about developing a higher consciousness in us. They care about augmenting some aspects of human intelligence, which makes us superior to our ancestors and freer, but at the cost of our fundamental freedom. Our enslavement to algorithms apparently makes our lives easier, while putting our free will, individuality and bioorganism at risk.

If algorithms decide more and more for us, how far will they go in the manipulation of our personal data? Some observers do not worry that much about the fact that algorithms or intelligent machines may deliberately manipulate us. According to them, no matter how smart they are or get, they will never be able to reach our level of consciousness. Technological intelligence will be able to solve numerous problems but won’t be able to have the feelings that characterize us.

Yet, a machine will be able to pretend an emotion, even if it can’t feel it.

We can only be worried when we see, for example, Japanese people living and validating an emotional and affective relationship with animated virtual icons on screen or interactive companion robots. This suggests and induces a great deal of affective misery. This also shows how unethical the designers and manufacturers of these products are. We could regard them as unaware or dangerously manipulative.

Today, some American start-up companies experiment with AI and use dead people’s emails, text messages, videos and writings to create behavioral databases and to recreate them in a virtual space, making it possible to interact with them. You can thus see ordinary people who love, smile and cry, and communicate daily through SMS for example thanks to an algorithm which reproduces their thought habits, verbal mimicking, and even loving (or non-loving) expressions. 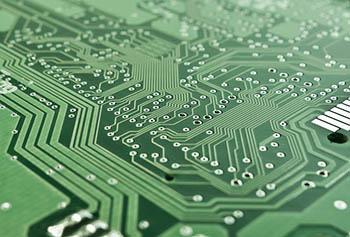 It would be in our best interest to set up a charter that will only allow the virtual resurrection of wise or enlightened people.

We have known for a long time that, according to yoga, consciousness is totally different.

I have recently talked to you about altered states of consciousness obtained by neurotransmitter or neurohormonal secretions of the hypothalamus-pituitary-pineal gland system. I also talked about altered states obtained by psychotropic substances acting on these neurotransmitters (illegal drugs for example). In yoga techniques, it is possible, without psychotropics or a 3D headset, to have hallucinatory perceptions, extrasensory experiences, energetic experiences–possibly leading to visionary or even ecstatic states–, by using techniques acting on the hypothalamus-pituitary-pineal gland system.

But spiritual awakening in yoga associated with the awakening of consciousness can’t be summed up by these mere experiences.

In Kriyā Yoga क्रिया योग, for example, the awakening of Kuṇḍalinī कुण्डलिनी and the rise of energy from Mūlādhāra मूलाधार to Sahasrāra Cakra सहस्रार चक्र consists in pranic work. The primordial power progressively rises. But if this awakening only happens at the energetic level and not at the consciousness and mental levels, it will be insufficient to totally transform a being.

If you only work at experiencing Cakra and controlling the flow of energetic forces in iḍa इड, Piṅgala पिङ्गल, and Suṣumnā सुषुम्ना nadī नदी, without observing the changes occurring in your consciousness, you would be better off taking an hallucinogenic or using a 3D headset.

The yogic aspirant should observe the changes occurring in his consciousness alongside his energetic awakening. Concentration efforts need to be focused on the energetic workings but also on the conscious phenomena. The transformation of controlled energy then enables to balance and harmonize the mutations occurring at different levels of consciousness.

According to yoga, there are two aspects of consciousness we can experience:

There is the apparent aspect of reality that is subject to transformation and change,

And there is the aspect of reality that is not subject to change. Advanced practitioners are familiar with this concept.

In the presence of a caterpillar, we cannot say the butterfly doesn’t exist. They both belong to a changing reality. We ourselves evolve and change while remaining the same. We change form at certain ages, but the unchanging reality of our existence is the life force that animates us. This ongoing life force is the unchanging consciousness underlying change. This unchanging consciousness is a permanent principle. Here again we come across the great Vedantic principle of consciousness which makes a distinction between the personal "I" entangled in his subjective and temporary life story and the deep "I" who has an objective consciousness like Brahman ब्रह्मन् the unspeakable absolute, which yogic spirituality calls Ātman आत्मन्, the individual soul.

When the patterns of your consciousness, of your thought, and the way you express your observations change with the awakening of cakra चक्र, from the bottom upward, you are still in the consciousness of changing reality. To move on to higher planes, from Ajña cakra अज्ञ चक्र to Sahasrāra सहस्रार and beyond, you need to start transcending Tattva तत्त्व (the elements), Jñāna indriya ज्ञानेन्द्रिय (the sense organs), Manas मनस् (the mind), Buddhi बुद्धि (the intellect) and its questioning of knowledge and finally ahaṅkāra अहंकार (the ego).

Only then can the experiences of unchanging consciousness happen. They are obtained by transcending the consciousness of changing reality. That is why the evolution process of the consciousness of changing reality during the progressive awakening of energetic planes and cakra should be accompanied by meditative practices. Meditative practice enables to take the time to understand the changes in one’s consciousness. That is why the numerous meditative exercises focus on the observation levels of physical, but also pranic, emotional, relational planes, but also on thoughts, metaphysical understanding...

The awakening of mūlādhāra cakra or svādhiṣṭhāna स्वाधिष्ठान without understanding the changes and needs they create, would lead us to behave like purely instinct-driven people or savages. The observation process will enable to balance these released visceral energies by bringing them into consciousness, with the help of reasoning and the quest for personal development.

Let’s get back to our contemporaries who are trying to make us more and more intelligent and independent. All of the created technologies don’t enable us to access this fundamental and unchanging reality where any changing manifestation doesn’t even justify itself anymore. On the contrary, we are going the opposite direction. Today’s science and technologies are doing nothing but acting on this changing and subjective reality and amplifying it. 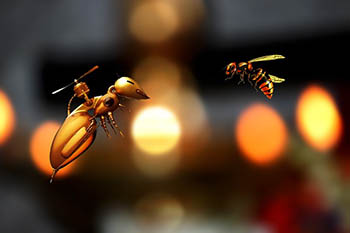 Even if we prolong life by a few centuries and partly defy death and time, we will maybe have to give up on the integrity of our fragile bioorganism in order to become immortal. We will maybe have to become ersatz humans, made of smart and autonomous molecular microrobots injected in us and of "psychotroped" neurotransmitters.

However, the problem of an absolute and unfathomable universe will always be the subject of new metaphysical conceptions, sending us back to our individual subjectivity.

The living to which we give its highest expression through our spiritual practices will take on its full value in this future world. Even if yoga teachers of the future may well be machines programmed with AI, "siliconely" perfect and perfectly articulated, those like us today will still be here to tell about the subtle yoga work on our wonderful human organism. We will be like fine wine which gets better with age.