Those who go to Northern

Before the gods speak,
wake up the ways which cross my mind
and make of your light my irradiant life,
when from my darkness, I accost your consciousness.
Savitri (1) beauty, the absolute consort,
“Investiturement”, rope up my chest,
so that white woman « malbarise » (2) her voice,
with the sound of the vedic words and dhoti which trails.
I prose you, I metric you and sing you to all winds,
Wisdom of the verses, divine incantations.
The Atharvans priests attracted by my magic,
reveal their brahmanas (3) to my modernity.
I Upanishade (4) thus my tender called,
seeking under my words the trace of knowledge.
I am the wire of their pearls which balance their nape of the neck,
the numeric ink who fixes their waiting,
in skilfully selected solar mantras.
The protective thought will charm the hesitating one,
the secret one will appeal the combative heart,
and the japa (5) will play of the love that one carries to him.
Then it will be necessary for us to learn how not to be born,
rebels « un-doctrinates », using all the means at one’s disposal.
We will be the “non-born” (6), namely the eternal,
because the “non-uttered” (7) becomes with our shabda, (8)
the second mystery of the invocational words.
Hamsa (9), will finally resound of his psychic,
bore the depth of the cellular bindus
so that the kunda vibrates (10), titillating the sleeping one,
the dangerous one, whose decapitates. (11)
We will go Manasa (12), to drink his sleeping water,
and will take care during the long journey,
to preserve the amrit so that stretched our steps away.
The kelaka dancer (13) will tinkle the crystal,
so that hyperborean indicates the road to follow,
and rhythms with her breath the rate of our hearts.
The north of our thoughts as for him will guide,
in the axis of Sukkha (14), the happy one, Her Excellency (15),
where resorbing the worlds and their multiple facts,
the inalterable impact will set fire to our laws.

* 1 ref.: Savitri, solar light.
* 2 ref.: neologism of the word Malbar, an ethnic of Indian Tamil origin in Réunion island. Jaya is presented here in the form of a « white malbar ».
* 3 ref.: third part of each one of the Vedas and which gathers the mystical books.
* 4 ref.: neologism of the word « upanishad », which represents the last part of each one of the Vedas.
* 5 ref.: Japa is the art of the mantra repetition.
* 6 ref.: in opposition to « the twice born » that are the Brahmins because of their natural birth and their initiation.
* 7 ref.: which is not learned.
* 8 ref.: the organ of knowledge which is hearing.
* 9 ref.: Hamsa, mantra of energy, Shakti.
*10 ref.: « kunda », root of kundalini. This word means at the same time, cavity, hollow, but also ring, buckle, coiled.
*11 ref.: Sri Kundalini, the goddess.
*12 ref.: The lake Manasa, at the foot of the Kailash mount.
*13 ref.: Shiva.
*14 ref.: reference to Sushumna, the central axis energy parallel with the spinal-cord in which rises the primordial energy.
*15 ref.: kundalini.

Summary by Jaya given in Meditation course 2nd level on Feb 30, 2012
Gayatri
The main mantra of the vedic tradition, besides the mantra Aum, is Gayatri.
Om bhu bhuvah svah
Tat savitur varenyam
Bargo devasya dhi mahi
Dio yona pracho dayat
We meditate on the light of Savitur (the sun, of which the light is Savitri), synonymous with Gayatri.
Gayatri is thus the consort of Brahma and the mother of the Vedas.

Savitri is also the sacred thread ceremony of Brahmin’s.
This mantra is an hymn of invocation, which in the beginning, presented three aspects:

in prose, chanting with low voice,

into metric sung, intended for the song and more particularly for the three first Vedas:

Each veda was itself divided into four parts:
Mantras, hymns to the gods,
Samhitas, guides for the perfect pronunciation of mantras,
Brahmanas, mystical books and their psychological directions,
Upanishads, regarded as the even gist of Vedas.

In the word Mantra,
Man means «to think», «consult»
Tra, «to protect», «release».
But the word mantra also indicates the charm or any other sacred or ritual incantation, secret or chanting for a deity.

Japa is the repetition of mantra, but that means in the same way, to devote with invocations when it is uttered with low voice. It is the mark as of the twice born (those who had the thread of the Brahmins), and who Satya Saï Baba revealed in 1950.

But there is a gayatri which is not uttered (ajapa), which is not for a second birth, but for the recognition of the non-birth. It is for the non-borns (tantrikas compared to the Brahmins).
Non-birth is indicated by the name Ajata.
The doctrine of non-birth, which is anything else only that non-death (amrita), rests on the Hamsa mantra.
HAMSA, M is the bindu, H is the visarga.
Ha is Shiva,
SA is Shakti.
It’s the mantra of Prâna, of Kundalini.

HAMSA is the swan, mount of Brahma, which corresponds for Vishnu as Garuda, the eagle which transported Amrita, nectar of immortality.
As Hamsa has the capacity to separate water from milk, they say that « the Hamsa » go to Mânasa lake when come the monsoons.
Mânasa is the lake at the foot of the Kailash mount in Himalayas of Tibet.


Mânasa means which belongs to Manas, the mental, the reflexion. The swans thus go to northern, to the top from which all is resulting. Towards the hyperborean, the Meru mount.

Ha indicates Shiva, who also bears to him the name of HARAH, name given to Agni, fire, that who removes, who deprives. HARAKA is thus the robber, but also that who brings, who conveys.

SA (Parvati), is Shakti. In Goraksha Shataka, it is known as: with le sound ha, it leaves, with the sound SA, it enters again.
Ha thus leaves on the expiry, apana makes leave prâna,
Sa enters on the inspiration.
However, the reverse is also known as.
In Vijnana Bhairava, the both versions however agree to say, that Jiva, the individual soul, perpetually repeats the HAMSA mantra, because it is the mantra of breath.
Only the breath chants it, only Prâna Vayu chants it. It is herself the Shakti mantra.
This spontaneous mantra of inspiration, of interior retention, (the bindu), of external expiration, of the external retention, (the visarga), is the perfect mantra which exerts an ascending push on the sacred energy, Kundalini Shakti.
It is about the union of fire and the breath from which, Kundalini goes upwards.
Bija and Yoni, Fire and Air, Bindu and Nada, Siva and Shakti are linked, resorb what is dispersed, and die out in Sushumna.
« Su » means excellence, pleasant and favorable.
« Sushumna » is Sukkha, the happy one
« Susura » means to dig, to penetrate
« Susman » means thread, wire

Sushumna is the wire on which the worlds are threaded. Shakti, as for her, is the Goddess, the distant one, the Frightening one.
Parahamsa is that who flies with the swan, Hamsa, which is carried by the ascending energy and which does not belong any more to this world of multiplicity and concepts that Hamsa abolishes.


Bibliography
Meditation and Mantras by Swami Vishnou Devananda
The primordial snake by A.Shuddha 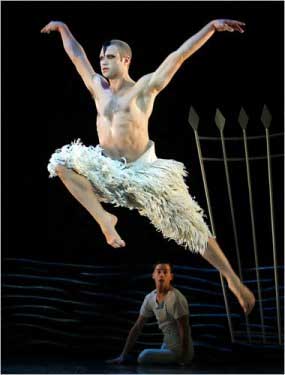